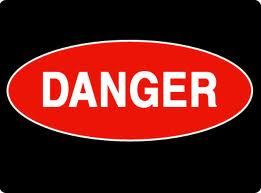 I was out on my bike and there were a number of people walking their dogs, riding their bikes etc., many of whom you know.

I stopped on the public trail to observe the fracturing operations and immediately about half a dozen Chesapeake employees on the site began waving their arms to indicate that I should move off the bike trail away from their operations. I found this quite extraordinary.

I then rode down to the security gate and inquired as to why we were being asked to move off the public right of way by Chesapeake employees. The guard informed me that it was being “done for your safety”. I questioned him further as to what was unsafe and he refused to elaborate beyond that.

This is shocking to me although I remember well the admission by a Chesapeake official that fracking fluid is deadly after the 17 cattle dropped in a pasture next to a Chesapeake Energy frack job. And I often think about Cathy Behr who almost died from exposure to hydraulic fracturing fluid.

One of the most outrageous cases of contamination happened to Cathy Behr, an emergency room nurse in Durango, CO, who treated an oil field worker who was splashed with fracing fluid. From A Toxic Spew? Officials worry about impact of ‘fracking’ of oil and gas.

Cathy Behr says she won’t forget the smell that nearly killed her. An emergency-room nurse in Durango, Colo.’s Mercy Regional Medical Center, Behr was working the April 17 day shift when Clinton Marshall arrived complaining of nausea and headaches. An employee at an energy-services company, Weatherford International, Marshall, according to Behr, said that he was caught in a “fracturing-fluid” spill. [Fracturing chemicals are routinely used on oil and gas wells where they are pumped deep into the ground to crack rock seams and increase production.] The chemical stench coming off Marshall’s boots was buckling, says Behr. Mercy officials took no chances. They evacuated and locked down the ER, and its staff was instructed to don protective masks and gowns. But by the time those precautions were enacted, Behr had been nursing Marshall for 10 minutes–unprotected. “I honestly thought the response was a little overkill, but good practice,” says Behr, 54, a 20-year veteran at Mercy.

A few days later, Behr’s skin turned yellow. She began vomiting and retaining fluid. Her husband rushed her to Mercy where Behr was admitted to the ICU with a swollen liver, erratic blood counts and lungs filling with fluid. “I couldn’t breath,” she recalls. “I was drowning from the inside out.” The diagnosis: chemical poisoning. The makers of the suspected chemical, Weatherford, tell NEWSWEEK that they aren’t sure if their brand of fracking fluid can be blamed for her illness

Maybe this means there is a very good reason why Halliburton has this EXPANSIVE indemnification language in their contract. HYDRAULIC FRACTURING IS DANGEROUS as frack!