For everyone who is giddy about XOM moving into the Barnett Shale, here’s a little video showing how they maintain their pipelines.

But, not to worry! XOM got some DuckTape. That ought to fix ‘er right up! 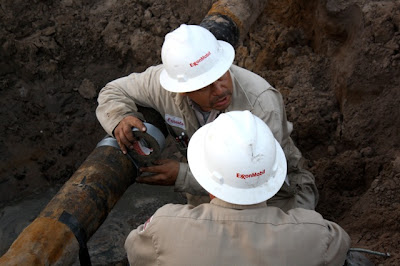 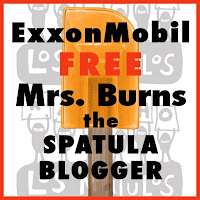 Rather than cleaning up their messes all over South Texas, XOM tried to gag this housewife with a video camera. That’s how they do things. EVERYWERE. It won’t be any different here and anyone who thinks it will should have their IQ checked.

LEFTOVERS OF TWENTY YEAR-OLD EXXON VALDEZ OIL SPILL
An oil spill near Alaska more than two decades ago has left the beaches contaminated to this day. The spill occurred in 1989 when the oil tanker Exxon Valdez collided with a reef. Scientists hoped that the oil would have dissipated years ago, but large quantities are still found underneath the gravel beaches. Clean-up operations to fix the environmental disaster were suspended in 1992, when it was believed that the oil would eventually disperse. A recent study showed that the oil was dissipating at a rate of only 4% per year, much lower than the previously estimated 70%. Professor Michel Boufadel of Temple University in Philadelphia, USA who conducted this study, tells Science in Action what he found.