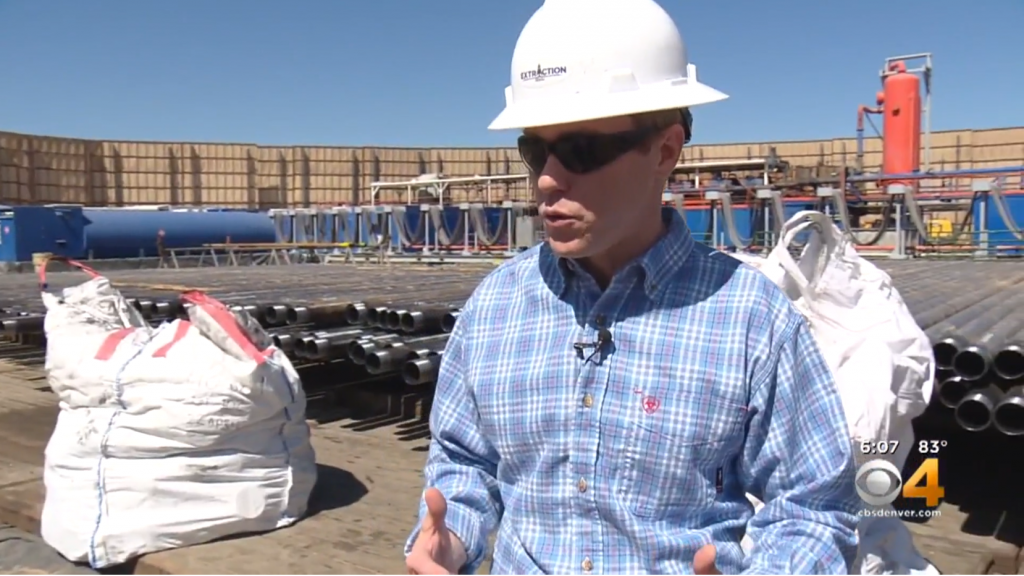 Most people are shocked by the intense hydrocarbon odors during oil and gas drilling. How can a well that is not complete have emissions? Neighborhoods unfortunate enough to have oil and gas as a neighbor can better prepare if they know what to expect.

A hole must be drilled through the formation to access the oil and gas. They may drill horizontally for a mile or more through a shale formation that contains oil and gas. During the drilling phase, they pump drilling fluids/drilling mud through holes in the drill bit.

Drilling fluids perform various functions. They lubricate drill bits, remove cuttings, and provide a barrier for well control. Inhalation of vapours or skin contact can cause serious health issues, though. Drilling fluids can contain any mix of hundreds of chemicals. Since every mix can be different, workers may not know just what exposure they’ve had. WorkSafe

The mud serves several purposes, like keeping the drill bit cool and transporting cuttings to the surface. But drilling mud carries more than just the cuttings to the surface. It also brings up gas from the formation. Operators recycle the mud over and over during drilling, but they can’t reuse it until it’s cleaned up, which involves several stages.

Once the mud has been circulated round the system it will contain suspended solids, perhaps some gas and other contaminants. These must be removed before the mud is recycled. The mud passes over a shale shaker, which is basically a shaker screen. This removes the larger particles, while allow the residue (underflow) to pass into settling tanks. The finer material can be removed using desanders, desilter, vacuum degassers, and decanting centrifuges. DrillingFluid.org

Some of the gas will off-gas from the mud exposing workers and neighbors to hydrocarbon odors that can cause health issues. Drilling mud is not safe to reuse until it is free of all gas to reduce the chance of explosions. Routing the mud through a gas buster like the one in the picture below at the Extraction Oil & Gas Livingston lease in Broomfield, Colorado removes remaining gas. 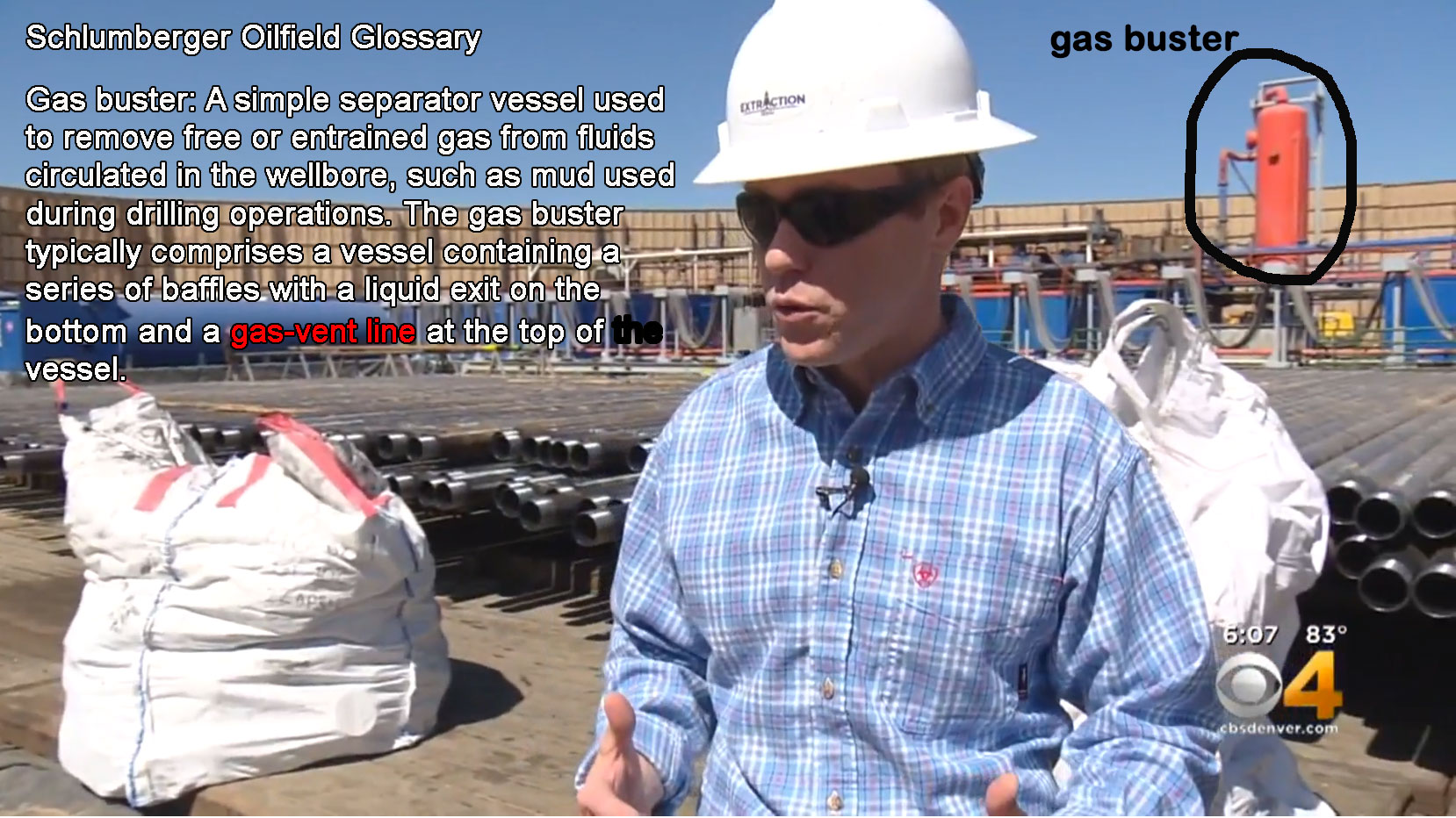 Schlumberger Oilfield Glossary – gas buster
A simple separator vessel used to remove free or entrained gas from fluids circulated in the wellbore, such as mud used during drilling operations. The gas buster typically comprises a vessel containing a series of baffles with a liquid exit on the bottom and a gas-vent line at the top of the vessel.

The gas from a gas buster can be routed to a flare and burned instead of venting it to the air, but that practice is rare. It’s easier for an operator to vent it. Broomfield neighbors report that there has been no flare burning at the Extraction Oil & Gas Livingston Lease.

Extraction Oil & Gas officials were quick to dismiss any impacts from their operations. However, the neighbors and city disagree.

…is the first ever to be ordered by the Colorado Oil and Gas Conservation Commission (COGCC) to alter operations in response to community health complaints, according to Broomfield City Council Member Guyleen Castriotta. Earthworks press release

In this optical gas imaging video, look carefully at the top of the fence, and you will see the top of the gas buster on the Livingston site and the emissions that are being released and traveling offsite into the surrounding area.

Brian Cain, Extraction Oil & Gas, public relations director, compared the drilling rig to a Tesla and said Extraction is the future of Colorado. Those ridiculous statements could not go without a response.