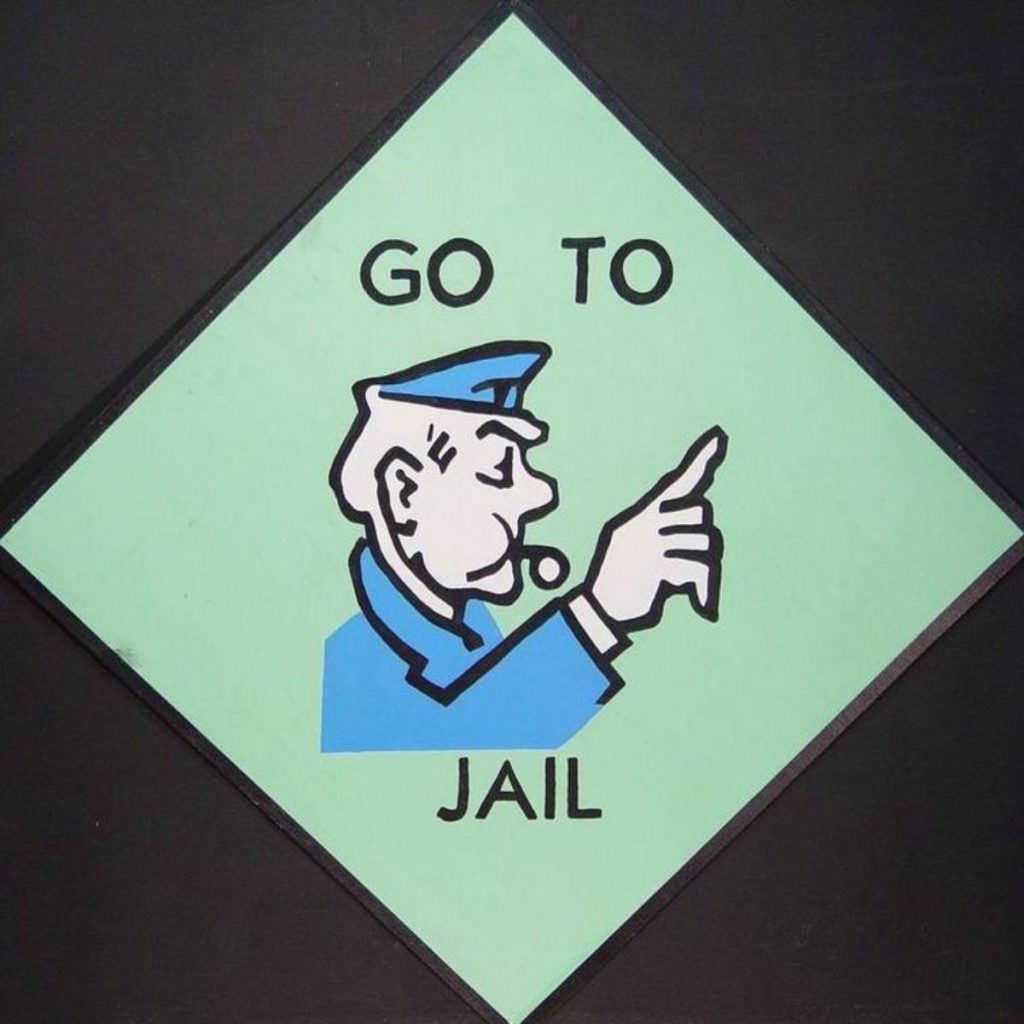 Frack Master is in the slammer.

Update: Criminal theft charges. $3000 for copies made in Plano. So much irony.

Previous Updates are at the end.

Frack Master Chris Faulkner is in the Los Angeles County Jail for felony charges. He is being held without bail.

That doesn’t get your retirement money back or get your invoices paid, but it might mean he won’t be pulling another scam on the general public anytime soon. 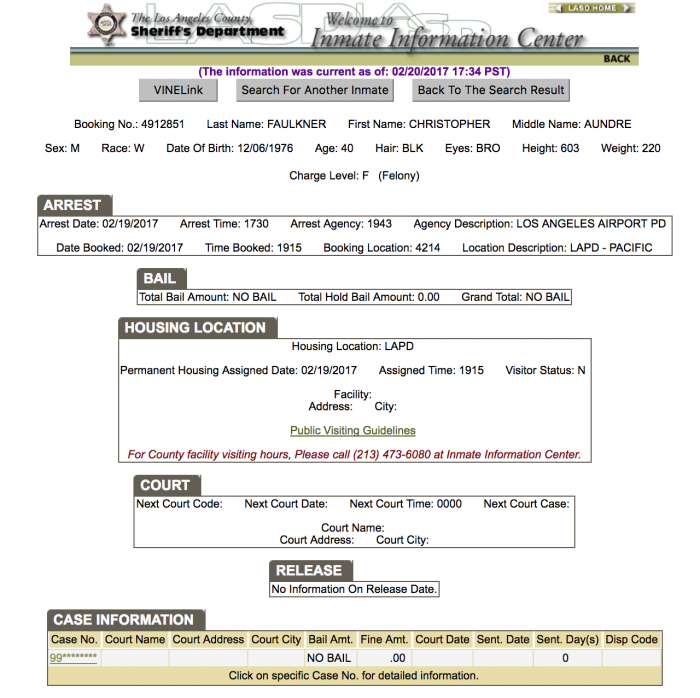 Update 2/24/17: New information below. His court date is March 8 and he can now have visitors. I had a generous offer of airfare so I could visit the Frack Master. But I had to decline because there are so many scumbag gasholes left to expose and that’s my prioroty.

But oily, oozing, creepy frauds like him are a dime a dozen in the oil and gas business. There’s another one lurking around every corner.

Remember that his fraud charges that we know about are civil not criminal. This arrest may be unrelated to the fraud. It’s rumored that the man likes cocaine. 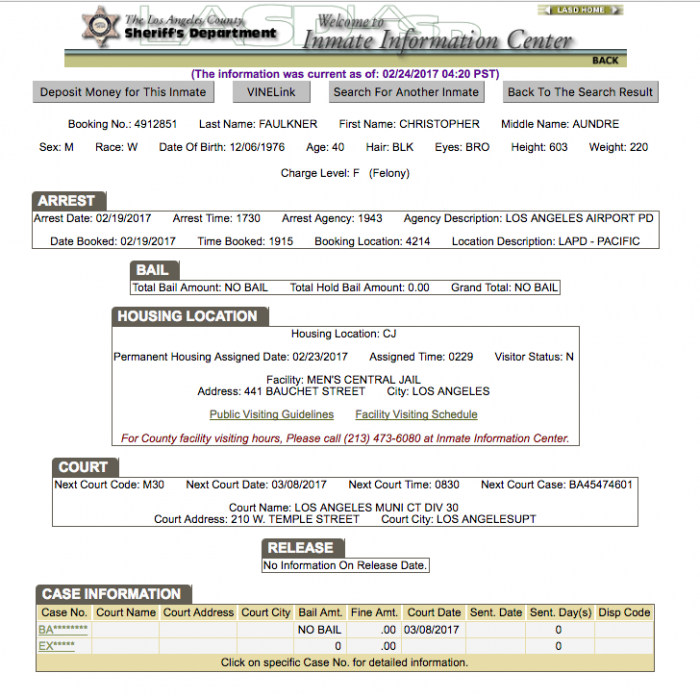 UPDATE: His charges were dismissed so he is on the loose again. Watch your wallets. I’ll let you know when I find out what the charges were. 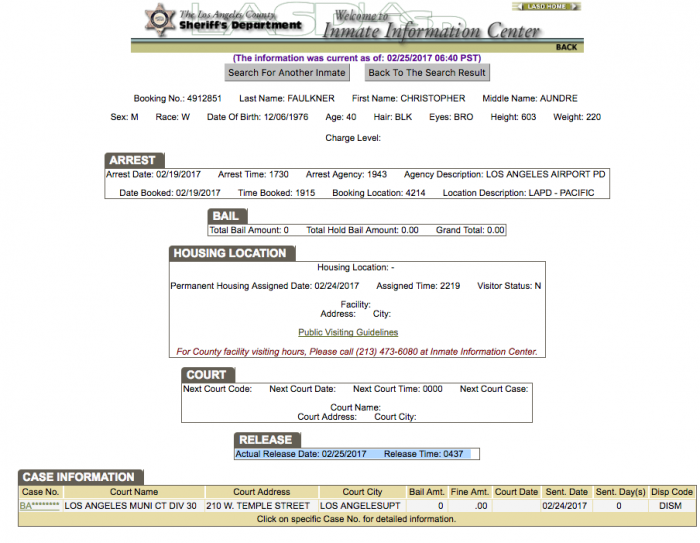