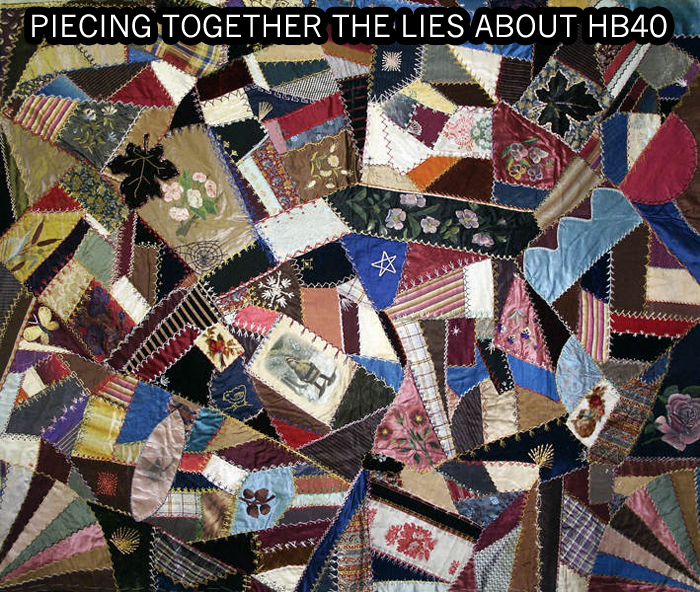 What is the true intent of HB40?

Please pay attention because there will be a test at the end over the true intent of HB40.

Industry spent $21.3 million to buy Texas politicians during the 2014 election. These legal bribes were necessary to get legislators on board with stripping away from their constituents a 100-year Texas tradition of concurrent regulation of oil and gas by cities and state. Industry said HB40 was necessary because they needed statewide regulatory consistency and no patchwork quilt regulations. There is a record of legislative intent of HB40 in abundant quotes:

However, the parties contend that recently adopted municipal regulations create a patchwork of inconsistent regulation that undermines the safe and efficient production of oil and gas. H.B. 40 seeks to ensure consistent statewide regulation of the oil and gas industry. HB40 AUTHOR’S / SPONSOR’S STATEMENT OF INTENT of HB40

Darby said his bill would do away with the “patchwork of inconsistent regulation that undermines” the future economic potential of the state’s most valuable natural resource.

“In the absence of this bill, a statewide patchwork of oil and gas regulation is likely,” Darby said. Source

HB 40 promotes consistency, fairness and lawful use of local ordinances by clarifying the responsibilities of cities and the state for regulating the oil and gas industry.  Todd Staples, TXOGA

This law ensures that Texas avoids a patchwork quilt of regulations that differ from region to region, differ from county to county or city to city,” said Governor Abbott. Source

The Texas Oil and Gas Association praised the bill, saying it would prevent cities from adopting a patchwork of local regulations that could slow down the state’s drilling boom and threaten its energy-reliant economy. EnergyWire

However, the parties contend that recently adopted municipal regulations create a patchwork of inconsistent regulation that undermines the safe and efficient production of oil and gas. C.S.H.B. 40 seeks to ensure consistent statewide regulation of the oil and gas industry. HB40 Bill Analysis

Through hours of hearings, Drew Darby (the author of HB 40) and other legislators honed a message about the purpose of HB 40: We need regulatory certainty! Oh, how horribly the industry would suffer if it were subjected to a patchwork quilt of local laws! Frack Free Denton

“This law ensures that Texas avoids a patchwork quilt of regulations that differ from region to region, differ from county to county or city to city,” said Governor Abbott. “HB 40 strikes a meaningful and correct balance between local control and preserving the state’s authority to ensure that regulations are even-handed and do not hamper job creation.” At bill signing.

Update to add another statement about intent:

“We have to have orderly regulation, and that can be done if the industry, the citizens, and local governments work together and not against each other,” said Mills. “We certainly understand that you can’t go in and start drilling next to homes and churches and schools — there has to be set-back provisions.” Alex Mills, president of The Texas Alliance of Energy for Houston Business Journal, Oct 1, 2015, 2:58pm

Recent social media exchanges between Steve Everley and me hinted that consistency is not what industry is after in HB40. When asked for an acceptable setback distance, he said that it depends on geology. When pressed further for a specific setback distance in the Barnett Shale geology, he said it would depend on where in the Barnett Shale. And so the conversation continued.

Therefore last night’s testimony at the Denton City Council meeting by Ed Ireland was not a total surprise to me.

The video is here. Ed Ireland starts at  7:35:17. But you don’t have to watch it because I transcribed the pertinent part.

Gregory: Is it accurate that commercially reasonable might change based on what your able to sell it [oil and gas] for?

Ireland: …Because of the entire situation. I mean, everything that will be considered to go into that calculation for that particular area. That’s why HB40 did not specify any kind of a statewide standard because it can vary.

Gregory: One of the other things imposed upon us by the state … that it’s commercially reasonable by a reputable and prudent operator. Is that an acknowledgement that all operators aren’t necessarily prudent and good players?

Ireland: (Defers answer to attorneys. Note: he is paid by operators regardless of their standard for operating.)

joking about deflection and laughter

Hawkins: I’m trying to understand what you just said. If it’s found that Fort Worth’s [ordinance] is commercially viable, and let’s say Denton had the exact same ordinance, are you saying that it could possibly be found that it wouldn’t be found commercially viable here just because it’s in a different place?

Ireland: Well there again, I would defer to the attorneys on that because, but that’s my understanding, is that it’s not necessarily one standard that would apply in south Texas or in Denton or anywhere else. It’s the total circumstance of a situation is going to have to be considered and that’s going to be litigated or adjudicated or whatever the proper term is.

Hawkins: I don’t know how that makes sense to me. Thank you though.

Briggs: My sentiments, exactly. I don’t really understand that too much. So you’re saying that most of these definitions are more than likely going to have to be determined in court. And that could mean something different for each city. Is that what I’m hearing?

Ireland: That’s my understanding but, again, I think that entire argument is the legal side of it and I’m really not qualified to …

This is a multiple choice test on the intent of HB40:

What is the true intent of HB40?