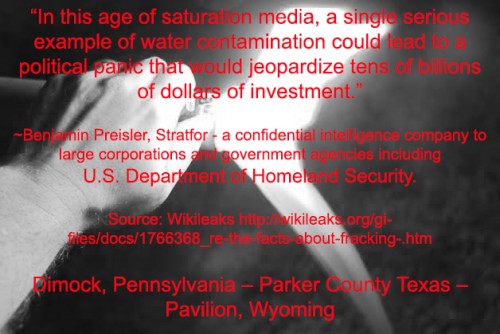 “We found way more contamination in areas that have been heavily drilled,” said biochemist Zachariah Hildenbrand. “A lot of these compounds are drilling-specific. There are some pretty telltale signs.

The exploration of unconventional shale energy reserves and the extensive use of hydraulic fracturing during well stimulation have raised concerns about the potential effects of unconventional oil and gas extraction (UOG) on the environment. Most accounts of groundwater contamination have focused primarily on the compositional analysis of dissolved gases to address whether UOG activities have had deleterious effects on overlying aquifers. Here, we present an analysis of 550 groundwater samples collected from private and public supply water wells drawing from aquifers overlying the Barnett shale formation of Texas. We detected multiple volatile organic carbon compounds throughout the region, including various alcohols, the BTEX family of compounds, and several chlorinated compounds. These data do not necessarily identify UOG activities as the source of contamination; however, they do provide a strong impetus for further monitoring and analysis of groundwater quality in this region as many of the compounds we detected are known to be associated with UOG techniques.

Nuggets from the study

You need to read the whole study to get the complete picture of all the above bullets.