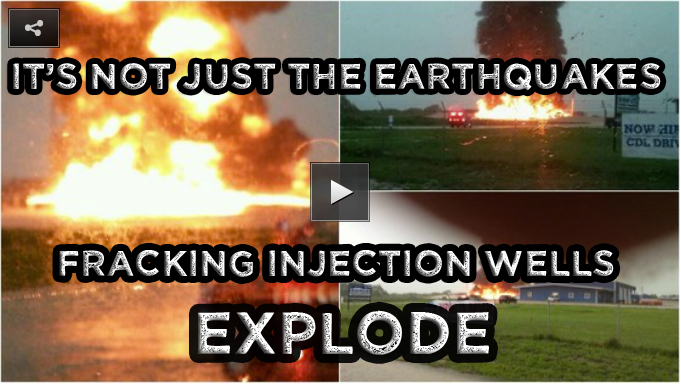 We have known since 1960 that injection can cause earthquakes. Fracking creates massive amounts of waste that requires injection into disposal wells permitted by the state.

Even cities that have welcomed drilling recognize the danger in allowing fracking waste disposal wells in their cities and neighborhoods. Many cities have ordinances that prohibit or ban fracking waste disposal wells. Reno passed an ordinance requiring operators to prove the wells would not cause earthquakes before being granted a permit to operate in their city where they have experienced many disposal related earthquakes.

HB 40 passed the House on Friday. If the Senate companion, SB 1165, passes the Senate, it will become Texas Law. HB 40 and SB 1165 strip disposal well control from cities and places it in the hands of the Texas Railroad Commission (RRC). The RRC has rejected all the substantial science on the subject, and stated that they do not believe disposal wells cause earthquakes.

Across the country there is an ALEC sponsored war on local democracy.

But, earthquakes are not the only concern. Of the many concerns about these type of facilities, explosions are fires are “common.”

On the same day that HB 40 passed in the House, two disposal wells exploded and burned uncontrollably.

One facility was in Karnes City, Texas.

BREAKING NEWS Major fire north of Karnes City
Officials said these type of incidences are common and the company was well prepared. They are letting the fire burn for now.

Another facility exploded and burned in Greeley, CO. Stunning photos.

Who voted for fracking waste disposal wells in your neighborhood?

In a three-hour debate, Democrats attempted to add amendments to allow cities to regulate drilling waste disposal wells, which several studies have connected to earthquakes. Source

All amendments were rejected by bill author, Drew Darby.

Tan Parker who represents Flower Mound was the lone Republican voting against HB 40.

The Senate companion to HB 40 is SB 1165. It passed out of committee and is set for a vote of the entire Senate very soon. Start calling your Senators, listed below, NOW.

Myra Crownover was paid $42,001 to vote against the majority of her constituents.

In Irving, where “News @ 10 said Dallas Morning News and SMU said we have had 388 earthquakes in 2015 already,” HB 40 will overturn Irving’s ordinance banning injection wells. See how your representatives voted and how much bribe money they received from industry.

Look up how much fracking bribe money your representative or senator took.

HB 40 and SB 1165 passed the House and Senate committees.

How they voted (original vote) and how much bribe money they were paid.

How they voted and how much bribe money they were paid.