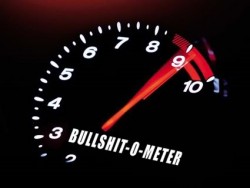 On Wednesday, the Eagle Ford Shale Legislative Caucus held a policy briefing in Austin. The invitation was to “Stakeholders.”

Speakers will discuss Texas geology, the economic success of the state, and innovations in the oil and gas industry. We also will hear from local stakeholders and regulatory agencies about issues that may impact legislation. Since increased oil and gas production benefits the entire state, your participation is critical during the 84th Legislative Session.

But there was no real way for stakeholders to participate. Except for two participants who were only given about 3 minutes to speak, the entire briefing was dominated by industry cheerleaders. See the head cheerleaders on the Agenda.

With the exception of Sister Elizabeth and Hugh Fitzsimons, the entire briefing downplayed and ignored the real impacts experienced by those who live near fracking. And they do so at their own peril.

Physicians Scientists & Engineers for Healthy Energy released a working paper analysis, statistical evaluation of the approximately 400 peer-reviewed studies to date on the impacts of shale gas development. In short, they examined what percentage of papers indicated risks/adverse impacts versus no indication of risk.

Second, Concerned Health Professionals of New York released a second edition of the Compendium of scientific, medical, and media findings of risks and harms of fracking. At 103 pages and with 448 citations, it compiles and concisely summarizes the most important findings. Although the second edition comes only 5 months after the first, it’s about 30% longer now with more than 80 new entries.

Together, these two make a very decisive scientific case against fracking. See the joint press release, with quotes from PSE and doctors and scientists from CHPNY, and good summaries.

The science is finally starting to catch up with fracking.

.@saeverley @TimRuggiero A #fracking ban was not #Denton‘s 1st choice. Industry does itself no favor downplaying impacts & running over us.

Remember, Denton residents only sought a ban after trying for 5 years to find some way they could live with fracking. Industry bullied them and the state ignored them. Even after the ban passed, Railroad Commission Chairman, Christi Craddick, insulted us by suggesting that we were simply ignorant and needed to be educated.

“We missed as far as an education process in explaining what fracking is, explaining what was going on. And I think this is the result of that, in a lot of respects, and a lot of misinformation about fracking,” Craddick said.
Dallas News

I’m sure industry doesn’t want to see more cities pass a ban on fracking in Texas but they don’t get it that we are fully educated and will reject their propaganda. After spending no telling how much money showering the city with mailers and even running advertisements during the Cowboy football game, Denton still voted to ban fracking. We mailed out just 2 postcards. There is just no way the industry can credibly say that our supposed “misinformation” outweighed theirs.

It’s the industry and the state who needs educating.

So, let us educate you on how to avoid additional fracking bans.

“I had never had somebody just run over me like this. I’m an American, I have property, I have rights. And here comes corporate America saying, ‘No, we’re just going to do what we want.’ I had lived a sheltered life until that moment.” – Eric Ewing, Weld County resident. LINK

Eric Ewing is another life-long Republican who always supported the oil and gas industry. As fracking expands so does the opposition.

This is an industry that will pay millions for hired guns to harass people and distort the truth rather than pay thousands to protect a community from their toxins.

.@TXsharon May not have been Denton’s 1st choice, but a #fracking ban is end goal for Earthworks, the chief funder of that effort.

What Steve Everley and his ilk don’t get, is who I am and what I do.

My name is Sharon Wilson and I’m an organizer. I work with people to protect themselves from fracking. Which really means I help people. It’s the greatest job in the world.

I help people only when they ask for my help. Denton asked for my help. And Denton residents gave money to Earthworks so I could continue helping them.

File this under “Stuck on Stupid.”