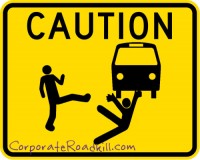 Yesterday, we learned that Range Resources so feared what the Hallowich children might say about their gas drilling operations adjacent to their home, they had the two minor children gagged  for life.

Today in a statement given to the Post-Gazette, we learn that Range may be issuing an affidavit releasing the gag on the Hallowich children.

Matt Pitzarella, a Range Resources spokesman, said Wednesday that the comments by Mr. Swetz are “not something we agree with” and added “we don’t believe the [Hallowich] settlement applies to children.” He also said that Range has entered into no other nondisclosure agreements that bar children from speaking.

The Hallowich attorney, Mr. Villari, responded to the news:

“It’s news to me that they say they are now releasing the children,” he said, “but I’d appreciate it if they’d put that in writing. It would be very nice to do that.”

But Mr. Villari said Wednesday that Mr. Swetz told the court he “had the full authority to speak on his client’s behalf,” and all of the defendant shale gas development companies insisted that the Hallowich non-disclosure agreement “extended to the minor children,” and are “still insisting on the full extent of those obligations.” 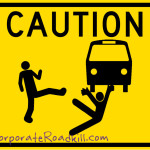 Mr. Swetz, the attorney representing Range has not been found for comment. We heard he did not heed this warning sign. What a shame, . Correction: That link was the wrong Mr. Swetz (sorry about that). The Mr. Swetz who used to work for K&L Gates is no longer listed as one of their attorneys. I wonder if Andy Sims is watching.

It a good thing Range decided to release the children because legal scholars said things like “over the top” and “They are children and can’t be bound by such an agreement..” in response to the news.

The best news is that now Exhibit B can be released (if they can find it) because it is clear by the transcript that Exhibit B  was “attached thereto.” Somewhere along the way it mysteriously became unattached. Of course, someone has a copy and the new judge on the case (the original judge might be headed for the slammer) can subpoena everyone for their copy.

Range should stop fighting this and allow the records to be fully unsealed and get their PR beating over with. I’m sure Pitzarella can spin around and think of something to say. He seems to be doing a fine job so far.