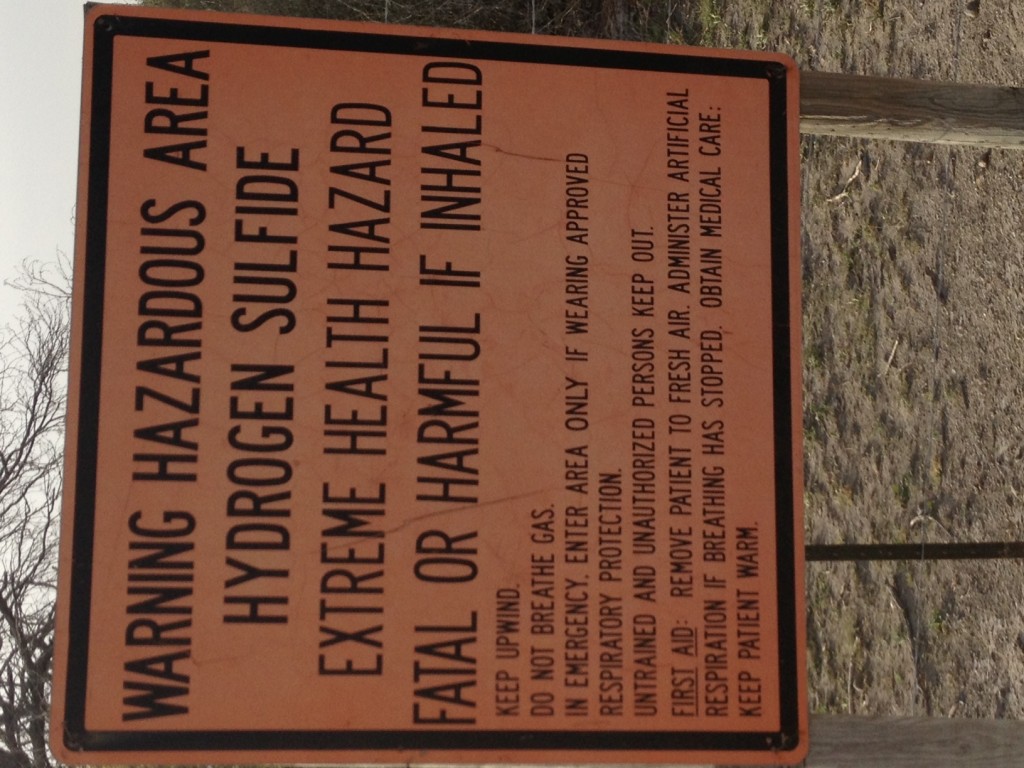 But, before we get into the Eagle Ford, I wanted to share a snippet from an E&E article about the summit. I can’t link to the article because it’s subscription only.

And activists counter that the public would be hearing about a far greater number of “fracking gone bad” cases were it not for state laws and regulators that lean heavily in favor of the offending companies at the expense of property owners.

Iris Marie Bloom, a former freelance journalist from Philadelphia turned Marcellus Shale fracking activist, also pointed to the gag orders and nondisclosure agreements individuals are forced to sign in exchange for getting their water cleaned or for receiving compensation.

She spoke about how she was once able to talk to some homeowners openly while viewing black, foul smelling water coming from their taps. Calling back a week later, she would then be told that they could no longer speak to her about their cases, due to legal threats.

“That’s the price they’re extracting from people for delivering clean water,” Bloom said. “The gag orders have a tremendous impact.

I saw this sign warning about the deadly, highly corrosive hydrogen sulfide (H2S) gas at a pad site in Karnes County. I could smell the H2S before I was close enough to read the sign. 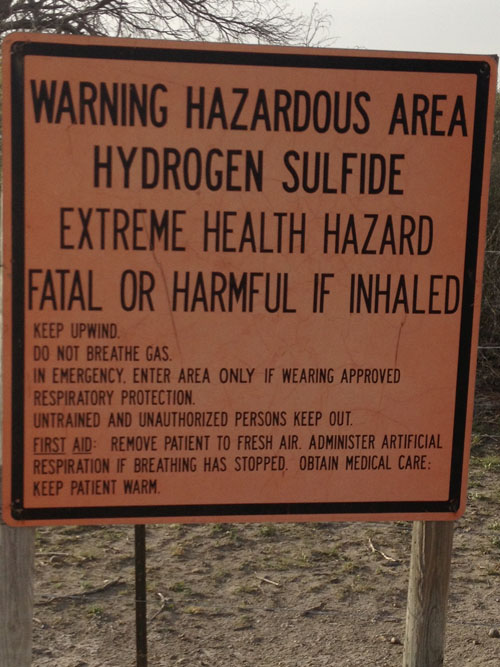 At the same site, we saw this badly corroded sign. 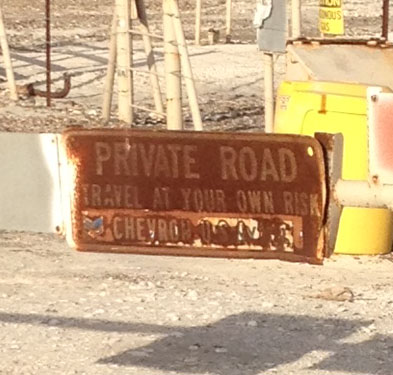 …this is your brain and lungs on natural gas.

Everywhere we went in the Eagle Ford, the odor of H2S was strong. It’s clearly crossing the fence-line and dispersing into the pastures and neighborhoods nearby. But H2s wasn’t the only, or even the worst…