The results are in from the Fort Worth air study but they won’t be released for a few more days. I bet Ed Ireland is spinning like a top.

On page 15a of today’s Star-Telegram, Mike Norman reveals that the year long study of gas wells in Ft Worth found leaks at 68% of the sites rather than the 10-25% expected. The million dollar study examined 50% of the sites in Ft. Worth. The study is to be released on July 13th.

I have a graphic of the article sent to me by a S-T subscriber. 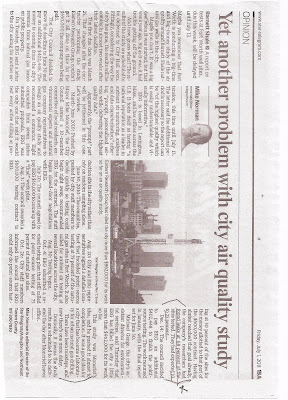 Another UPDATE: Do not expect much from this study. They not only told industry what date they would test, they gave them several weeks advance notice.