This morning when I heard Keffer on NPR exclaiming that Texas would be the first state to require 100% disclosure of hydraulic fracturing fluids, this happened. 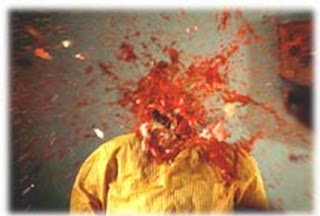 So, I want to publicly thank Kate Galbraith and the Texas Tribune for setting the record straight.

But the main bill contains provisions that will allow companies like Halliburton that make fracking fluid, which is a mixture of water, sand and chemicals, to keep “trade secrets” off the public website, fracfocus.org.
…

Fraser and other state lawmakers have said Texas would be the first state to implement such a comprehensive disclosure requirement. It bears noting, however, that Wyoming implemented disclosure requirements for hydraulic fracturing last year, and a few other states, including Arkansas, also have some degree of disclosure requirement. In Wyoming, well-by-well information of what chemicals are in the fracking fluid must be disclosed on a public website, according to Thomas Doll, an official with Wyoming’s Oil and Gas Conservation Commission. Wyoming also has provisions to protect trade secrets.

And about that Wyoming disclosure, please note that since 9/2010, 7 companies in Wyoming have claimed 98 trade secret exemptions. How’s that trade secrets exemption working for ya now, Wyoming?

For the ‘other chemical’ category (which covers more than half the ingredients, based upon TEDX analysis), no disclosure is required for ‘incidental’ or naturally occurring ingredients.

Also for the ‘other chemical’ category, drilling fluids do not require disclosure. So, if you add diesel to your drilling mud, whose to know?