On Thursday, April 29, 2010, Chesapeake Energy refused to allow Calvin Tillman to participate in a guided tour of their “model” drilling site. This move by CHK left the group Tillman was traveling with scrambling to make other arrangements for him when he was refused entry to the site. (I mean, they couldn’t just leave him standing outside the gate on the side of the road while they took the tour.)

The tour was arranged as fact finding trip by Senator Antoine Thompson, Chair of the NY Senate Environmental Conservation Committee, and included “a group of state senators, some officials from the NYC DEP and an assembly person.” From the report by New Yorkers for Sustainable Energy Solutions Statewide:

…the morning was devoted to a Chesapeake-guided tour of one of their model well sites near Towanda PA. Mayor Calvin Tillman of Dish, Texas had been invited by Senator Thompson’s office to join the group.

Well, that’s embarrassing. What can this group of dignitaries do with Tillman the Pariah?

While the group toured the “model” drilling site, Tillman toured the areas where Chesapeake drilling has negatively impacted residents leaving them with contaminated/flammable water. Oh, the irony! It burns! It burns! 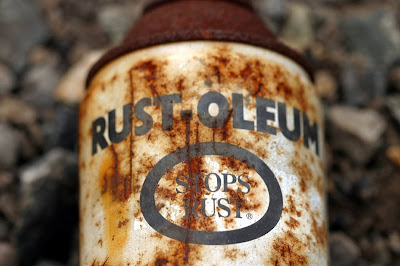 Michael Lebron, a principal of New Yorkers for Sustainable Energy Solutions State Wide (NYSESS) and a board member of Damascus Citizens for Sustainability (DCS), stepped in and took Mayor Tillman on a different tour: to locations where water well contamination has occurred in association with gas drilling activity by Chesapeake in Bradford County. In each instance, a pattern of contamination was described as follows: tap water would first turn black, then it would acquire a foul odor, and then methane levels increased to the point where the water could be lit. In one instance, the contamination occurred after a gas well was drilled one mile away. In another, it was reported that a one acre pond turned black, then became bubbly, and that electrical had to be cut off from a woodworking shop and a utility transformer moved across the street because methane levels risked an explosion.

Hey Chesapeake, don’t play with matches, some burn hotter than others.