Chesapeake Energy continues to bully and harass Carter Avenue Steve. CHK has a new route for the pipeline so, if they no longer need his land for their pipeline, WTF are they doing? 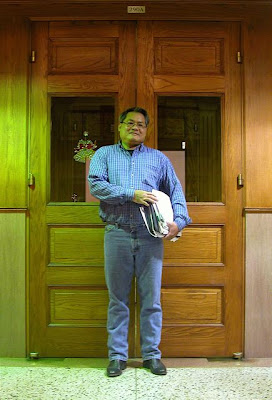 I want to update you on my fight to protect my precious legal rights and to hold on to my humble but hard-earned home. I have a hearing scheduled for Thursday March 04, 2010 at 8:30 AM regarding my Motion to Dismiss (below). Please see the many reasons that I listed to support the dismissal.

The hearing will also involve CHK/TMGS’s re-newed aggression to take immediate possession of my property, per copy of their petition that came yesterday via certified mail.

In light of (and in spite of) the public announcement at the North Central Texas Communities Alliance meeting on 02/04/10 that “CHK had submitted the final plan for the alternative pipeline route to TxDOT this week”, this is groundhog day (the movie, that is) all over again for me, my family, and my neighbors. Aside from the lack of media coverage and political backslapping that occured in early 12/09, this is practically the same scheme: respected representatives of “We the people” and governmental entities that serve the interests–and paid by the taxes–of “We the people” were told one thing while their high-priced legal team and Ivey League trained lawyers work furiously to use/abuse the narrow Constitutional power of eminent domain that is intended to be used to serve the “public good” (i.e. for the benefit of “We the people” and not profit-focused corporations, if I understand the Constitution, federal and state, correctly) to forcefully take my little daughter’s play area and my wife’s flower garden, by hook and by crook.

I will appeal once more to the Court, the source for justice and fair treatment in this nation that is “ruled by laws” and that values justice and equality under the law, to appoint competent and adequate legal representation to help me (and the Court itself since this is quite a tangled web) resolve this year-and-a-half long condemnation case that is typically quick and painless–for the “Condemnor” anyway.

Condemnation without legal representation is un-American, if not anti-American altogether.

The allegedly foreign terrorist accused of trying to blow up a transcontinental jet full of American citizens around Christmas was immediatedly appointed one of the best legal counsels (per national media) to lead in the defense of his rights, but this simple tax-paying American citizen (by choice, no less) who bleeds–and is always ready and willing to bleed–red, white, and blue cannot get legal help to simply protect his most fundamental rights as a law-abiding citizen.

Even more compelling is the fact that CHK/TMGS got this same Court to appoint an attorney ad litem to “represent your interests” at the beginning of the condemnation, which essentially resulted in my being shut out of the process that involved the potential loss of my rights and property.

I plead with you once more to do and/or say what you can in your official capacity and as a fellow citizen and neighbor to help right this wrong and mitigate this ongoing injustice. Furthermore, I urge you to monitor my case going forward and to call attention to any flagrant violation of the rights of your constituents (not just me but other neighbors also) because if I were treated this way in another country, I would have contacted the U.S. State Department for assistance/support.

Finally, please make efforts to reform and change various aspects of our laws so that other neighbors will not have to endure all that I and my family (and neighbors) have endured going on two years now–simply because I believe in truth, justice, and the American Way, which includes the principle that “no man is above the law”–along with my own take “that no man is–should be– beneath the law either”.

I cling desperately to the American Way and to basic human decency because the so-called Fort Worth Way has mainly shown that certain people with enough financial and political power actually can be above the law, while disadvantaged citizens like me are truly beneath the law and are merely obstacles that need to be disposed of quickly and quietly. Ironically, my family left everything in order to flee from such a system.

Thank you for your time and consideration. If you have some time, please consider the content of the January 13, 2010 cover story “He Won’t Pipe Down” in the truthtelling local FW Weekly newspaper.

Y. Steve Doeung, the Carter Ave, Pipeline “Condemnee”– still walking and still fighting until there’s no fight left, which is my beloved Texan and American Ways 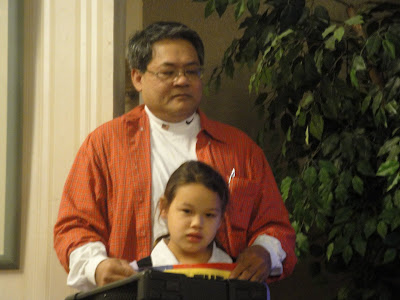