We call him “Smokey” Joe because he loves any kind of energy that creates dirty air. 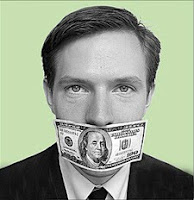 an interest in natural gas wells that he purchased from a longtime campaign donor who also advised the congressman on energy policy, according to interviews and records.

The donor, Walter G. Mize, convinced “Smokey” Joe to start “a federal oil and gas research program that was included in a 2005 energy law”. You might remember that the 2005 Energy Policy Act exempted hydraulic fracturing from regulation by the EPA under the Clean Water Act.

Barton’s interest could become controversial at a time when Congress is considering sweeping energy legislation that would boost demand for natural gas. Congressional experts say such deals raise ethical questions for lawmakers, who are expected by the public to maintain a firewall between their personal finances and official duties.

Let’s see, isn’t Arlington part of “Smokey” Joe’s district? One Arlington resident has tested positive for drilling toxins in her body. She lives near this well, Carrizo UTA Facility.

You can read more about the kind of favors “Smokey” Joe’s oil and gas “research” program has dished out and how he denies any conflict at the Dallas Morning News.