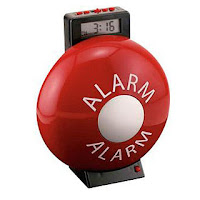 I can’t understand why CHK is still pursuing Steve Doeung’s easement if they no longer need to put the pipeline down Carter Ave.? Is this a trick or do they have something even more sinister than a high pressure pipeline planned for Carter Ave?

The following is a letter from Steve to his representatives.

Please let me make clear what CHK/TMGS’ legal team focused objective is for the court hearing that is scheduled in just a little over 48 hours from now: they are asking the court to give them the easement on my property, which would remove the final obstacle in the gas pipeline route coming through Carter Ave.

This clear intention (included in the legal petition) on their part appears to run counter to whatever good-faith discussion and negotiation that you and your staff, et al. had put great time and effort.

This is happening on Friday!

And a previous letter states

I received a letter today from the Court Coordinator for Judge Vince Sprinkle of County Court at Law No.3 acknowledging “that we have received your Motion for Continuance, et al.

“The other Motions” refers to CHK/Texas Midstream Gas Services’ Motion to Dismiss, which seem to be mutually exclusive. However, I am by no means an attorney “trained in the science of the law” (Supreme Court Justice Black).

A reasonable conclusion is that my “Motion for a Continuance” on the hearing and adjudication of their “Motion to Dismiss” has been essentially denied since there will be an actual hearing on the very exact “Motion to Dismiss” that is the subject of my petition. I know enough about how closely the legal team for CHK/TMGS works with the court to conclude with a high level of certainty that they had indicated to the court their rejection of my petition (cf. copy sent on Monday 12/07/09) and their determination to finish me off.

This recent development combines with the troubling statements and “answers” given at the 12/02/09 “community meeting” to cause alarms to go off in my mind. These are just continuations of alarmingly consistent attitudes, behaviors, and tactics that run counter to common sense and common decency.

Just some interesting notes: there are a number of neighbors who reported and showed me evidence that there were various irregularities related to the signing of the “permanent easement contracts” in 2008, including (1) signing a contract and then receiving a xerox copy of the contract with a clearly “fresh” notary seal and signature;
(2) either not ever receiving the Landowner’s Bill of Rights and/or no letter informing/asking for survey permission;
(3) one instance of an elderly and disabled couple being misled into thinking that they were simply signing a release for survey work but to only find out later that they had signed the legally binding easement contract;
(4) several of the elderly/disabled and immigrants with very limited English skills were told that they were one of the last remaining property owners to voluntarily sign the contract, with condemnation lawsuit presented as a very real and imminent option, and found out after that they were actually one of the first ones to sign and were “justly compensated” at a fraction of what others who are younger/healthier or spoke better English received; and
(5) one property owner, who is a shift worker with pretty good English language skills, reported clearly his being pressured into quickly signing the papers handed to him by CHK/TMGS’ “uniformed” (i.e. slacks and polo shirt with official-looking logo) agent who had somehow found out where he worked and showed up at his work with the papers unexpectedly eventhough he had already spoken with this agent at his home and had expected to only meet with the agent at his house. These are just a sampling. I won’t get into the role/s played by the City of Fort Worth.

Thank you for your concern and considerations, Senator Davis.