In May, I posted a story with video about a landfarm in Itasca, Texas which is the home of some of Texas’ best blackland farmland. This landfarm, operated by XTO covered about 100 acres of prime farmland and should have been permitted as a Commercial Facility. Following their typical pattern of industry protector, the Texas Railroad Commission, a taxpayer funded regulatory agency, enabled XTO to cheat the system by issuing enough Minor Facility, 3 acre permits, to cover the entire 100 acres.

To make matters even worse, the Texas Railroad Commission has never tested any of the drilling waste for toxins and, when the District 5 office was asked to test the waste for NORM, they were unable to do any NORM testing because they lost the Geiger Counter. Arkansas found out what happens when industry is left to monitor itself on landfarms.

In my original posting and video, the drilling waste was wet and muddy. Here’s what happens when that stuff dries out. 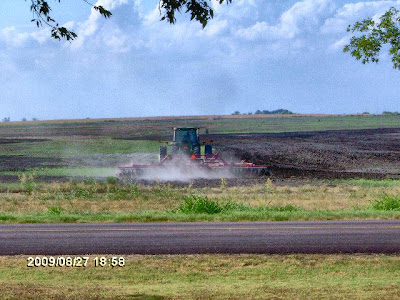 Does the TCEQ have authority over AIR Pollution? Look at these photos. The wind is out of the NE and blowing this TOXIC DUST into my HOME!!

The AIR SMELLS LIKE DIESEL FUEL, AND IS NOXIOUS. IT IS MAKING ME SICK AND MY LIVESTOCK. THE DUST IS SETTLING ON MY PASTURE AND MY LIVESTOCK IS EATING IT!!
Dick Ross
Itasca, Tx 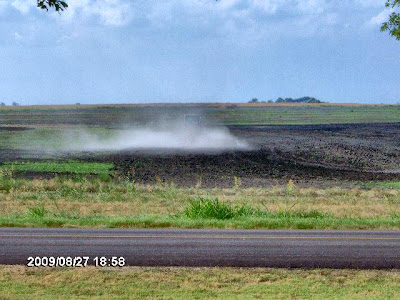 Naturally Occurring Radioactive Material (NORM) is a bone-seeking carcinogen with a 1622 year half-life when airborne. 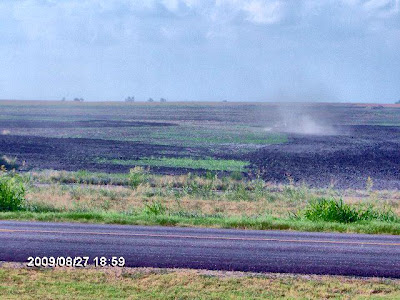 Dr. Theo Colborn says: Air is the pathway of most concern for drilling chemicals. 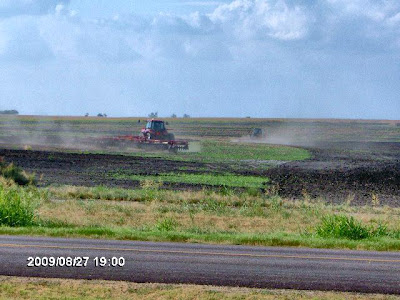 We must realize that producing one resource to the detriment of several others is dangerous. Production of natural gas shouldn’t spoil the land we need for growing food, the water we drink, the air we breathe or the quality of life we have fought to enjoy. XTO is a huge, highly profitable company that can easily afford to do a better job. TRC is funded by the people’s hard-earned money and they should serve us before corporations.

This is why we need Texas OGAP.

We need your help to make that happen.