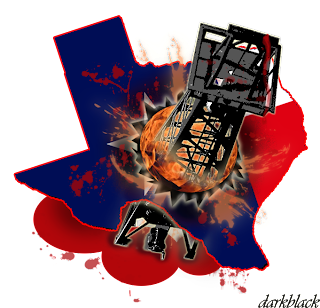 Rick Perry appointed climate denier, Brian Shaw who doesn’t believe that anything humans do has anything to do with global warming as presiding officer of the commission effective Sept. 10, 2009. See press release below for more.

The scariest thing about Zak Covar are the people he has impressed. Zak Covar was appointed the deputy executive director by Mark Vickery, executive director. Covar has rubbed shoulders with quite a few politicos in his former positions including–and this is where it gets really scary–environmental and natural resource adviser to Rick Perry from 2005 to 2007. His degree is in poultry science. Now, I am a huge fan of chickens, but I don’t see how that degree qualifies one for such high level environmental positions.

Covar has clearly impressed his various bosses with the work he’s done. What I wonder about is the implications of someone moving from the political side of the equation to the bureaucratic side. It’s good for the agency to now have a second-in-command who’s on good terms with the governor, assuring the TCEQ some level of money and power from the Capitol. Presumably it’s a useful arrangement for the governor’s office, too, to have a former staffer at a high agency position.

On the flip side, you now have someone near the helm of the state environmental agency — a regulator, no less — who earned his stripes working for politicians who tend to be more sympathetic to economic development than environmental regulation. Meanwhile, keep in mind that the TCEQ has gotten flak recently for staff regulatory decisions that get twisted by the top brass.

…his policy analyst, Zak Covar, summed up the governor’s stance:

“He’s not sitting back waiting to see what other states do; he’s not convinced that it’s an issue,” Covar said.

Texas doesn’t have a chance! Perry has stacked the TCEQ deck AND the TRC against all humanity. This is why we need regulation at the FEDERAL LEVEL.

Rubinstein previously served as the director for the border and South Central Texas area, which includes Austin, San Antonio, El Paso, Laredo and McAllen. And as Rio Grande water master, he was responsible for allocating, monitoring and controlling the use of river water in the Rio Grande basin. Rubinstein is a former city manager of Brownsville.

On August 25, 2009, Governor Rick Perry of Texas appointed Bryan Shaw, an agricultural engineer and former Texas A&M professor, to be the presiding officer of the Texas Commission on Environmental Quality, the state’s environmental agency. Since 2007, Shaw has been a member of the three person board that runs the commission, and Perry is promoting Shaw to be chair of the commission effective September 2009. (1)

The TCEQ has been the recent target of Obama EPA scrutiny, to the point that the EPA has threatened to re-federalize clean air programs in the state and undelegate the ability of Texas to run the new source permitting and other clean air programs. This would be an unprecedented move by the federal government for a state and economy the size of Texas.

Nevertheless, Governor Perry seems determined to start an environmental war with the Obama EPA and the new EPA Administrator Lisa Jackson. Rather than recognizing the reality of the November election and working cooperatively with the federal government, the governor who earlier this year flirted with notions of Texas seceding from the union, has appointed Shaw, a global warming denier and vocal critic of federal efforts to regulate greenhouse gas emissions to be the state’s top environmental official.

Shaw is on the record, multiple times, stating skepticism on whether human-emitted greenhouse gases can contribute to climate change.

For example, here is a reporter’s transcript of an exchange between State Senator Kirk Watson of Austin and Shaw during Shaw’s state confirmation hearing in 2009:(2)

Shaw responded that he does not believe the science is conclusive regarding human contributions to global warming. Shaw confirmed that he does not consider the science on that issue to be settled. Shaw mentioned that there is a consensus of scientists that still express skepticism about the findings of the Intergovernmental Panel on Climate Change.

Senator Watson noted that all of the tenured and tenure-tracked faculty in the Department of Atmospheric Sciences at Texas A&M University have signed on in support of the findings of the Intergovernmental Panel on Climate Change.” (2)

The Texas Observer’s Forrest Wilder related this hearing exchange between Shaw and Watson on his legislative blog:(3)

Watson: “Just so that we can get it on the record: You don’t believe that greenhouse gas emissions from human activity has contributed to climate change, do you?”

Shaw: “I don’t believe the science is fully settled. I know that humans are emitting greenhouse gases.”

In a final flourish, Watson suggested that Shaw check with his colleagues in the department of atmospheric science at Texas A&M—where Shaw teaches agricultural air quality—who have signed on to the IPCC findings.

“All you have to do is go to the A&M Web site,” Watson said. “It’s pretty easy to find that they’re part of that consensus.”(3)

In November 2008, shortly after the election of President Obama, the governor asked Shaw to head the “Texas Advisory Panel on Federal Environmental Regulations,” a group whose sole mission was to object to the new President’s top environmental priority. The panel issued a report extremely negative towards any federal efforts to regulate greenhouse gas emissions. (4) (5) Unsurprisingly, the report was also very complimentary of efforts made by the governor on a whole series of environmental matters. The November 25, 2008, press conference, entitled “Gov. Rick Perry strongly urges the Environmental Protection Agency (EPA) against passing a proposed framework for regulating greenhouse gas emissions due to its devastating implications for Texas’ economy and energy industry,” featuring the Governor and Shaw is worth watching to see the scorn the two of them have for federal climate efforts. (4)

But none of this is surprising to the environmental community in Texas. News reports from 2007, when the governor first appointed Shaw to the TCEQ, already were warning about Shaw’s radical views on climate change denial. Here is an excerpt from an 11/2/2007 article in the Capitol Annex by Vince Leibowitz called “New TCEQ Commissioner ‘Skeptical’ About Global Warming.”(6)

Governor Perry’s new Commissioner for the Texas Commission on Environmental Quality has turned out to be one of the anti-global warming crowd. Evidently, Dr. Brian Shaw doesn’t believe that anything humans do has anything to do with global warming: On climate change, he said there is “cause for some skepticism of human activities influencing global warming.” “It’s an issue that needs to be debated more,” he said. (6)

The Texas Governor is apparently under the belief that the Obama EPA is bluffing about the need for changes in the environmental policies and practices in Texas. While the Governor’s approach might win him votes with the extreme right of his party, if he is wrong and the federal government begins to take over the clean air programs in Texas, it is ultimately the utilities and major industries in the state who will be exposed to a whole host of federal legal action and citizen suits for operating without federal approval, and it is these businesses that will pay the price for the way Perry has run the environmental policies of the state for many years and also for the confrontational attitude the governor is now taking towards the new President.