A new study finds pollution from Barnett Shale is equal to all of the vehicle emissions in North Texas.

The oil and gas industry disputes the numbers, but it could be a blow to the region’s efforts to clean up the air.

According to his findings, Barnett Shale emissions had the potential to cause more smog than all the cars on the road in North Texas or all the region’s airports.

In his response, Armendariz said:

Here is a perfect example of “unsophisticated level of understanding and sophomoric…” from the WFAA story: 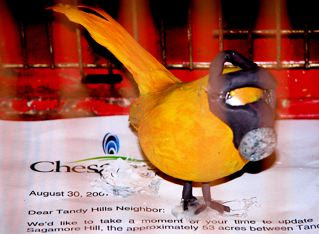 The bottom line is they are not going to include oil & gas emissions in the current clean air plan. Oh brother!

UPDATE the commenter, Don Lokke, owns a public relations firm and he represents Big Oil. Too bad Big Oil would rather pay all these PR firms to dish out propaganda than do things right. A much smarter business decision would be to do it right in the first place.