They’re calling natural gas a “bridge fuel.” Just say, “Thanks, but no thanks,” to that bridge to nowhere Big Oil is trying to cram down our throats.

We’ve got a gas bubble, which means Big Oil’s propaganda machine must ratchet up the propaganda to increase demand and drive prices back up.

According to Aubrey McClendon, Chesapeake Energy Corp.’s president and CEO,

But McClendon said that his company is also busy trying to boost demand for natural gas in the medium and long run. His company believes that prices for natural gas as it is traded on the New York Mercantile Exchange should be at least $5 or better to generate enough of a return for producers today, but ideally, prices should rise to $8 or $9 to ensure that companies like his invest enough in new production to meet growing U.S. supply needs.

In an effort to increase demand, industry is spreading the “clean energy” lie about natural gas.

There is so much natural gas beneath our feet that could be used to fuel garbage trucks, street sweepers, police fleets, public buses – right here in North Texas.
…
Learn more about why the time is right for a shift to natural gas for transportation by visiting us online at BSEEC.org.

That shift would leave North Texas a wasteland. Before you get behind this propaganda, take a tour of DISH, TX or drive north from Fort Worth to Decatur via HWY 287. Is that what you want for Texas?

A question to ponder: If natural gas is such a clean fuel, why does Big Oil need millions of dollars in propaganda to convince us of that?

Say, “Thanks, but no thanks,” to the bridge to nowhere bridge fuel. 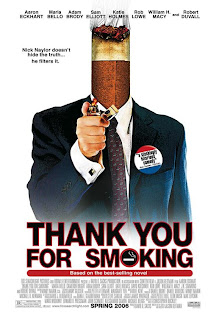 Thank you for smoking