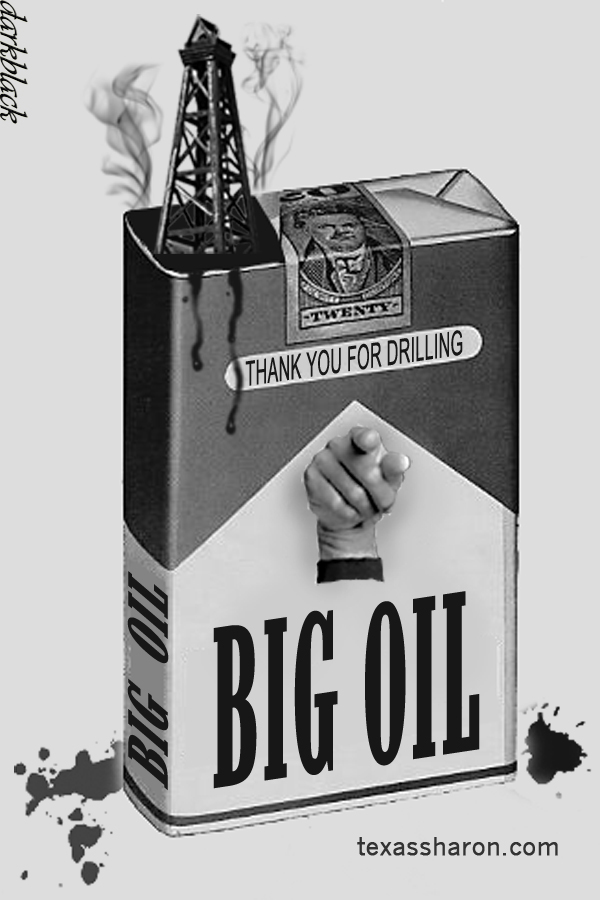 The picture doesn’t much relate to the post but I just like it. I had a guy make it for me years ago.

This is a compilation of some news I didn’t want you to miss.

Fracking companies are going bankrupt but it shouldn’t be a surprise because Deborah Lawrence might have warned us a few times that this was coming.

I love this article. I love the title and I love that it mentions John Baen, a professor at UNT, who was an enthusiastic cheerleader for the Barnett Shale. Now he is lamenting because the operators that leased his minerals are going bankrupt.

“If you’re a landowner and you’re not happy with an operator, you don’t want them to go bankrupt,” said Jenna Keller, a Colorado oil and gas attorney, by telephone. “Because then you’re stuck with a mess.”

Many more companies, which make monthly royalty payments to tens of thousands of people, may go bankrupt in the next year, said John Castellano, a managing director at AlixPartners LLC, who focuses on company restructuring.

Sounds like we are all going to be stuck with a mess. It’s the landowners and taxpayers who will foot the cleanup bill.

They finally got the blowout that started on Tuesday and shot methane in the air until today under control. The people who were evacuated still haven’t been cleared to go home.

That’s a lot of methane.

UPDATE: Everything is coated in oil, the homes, vehicles, grass pastures, stock ponds, roads, trees… all coated in oil. The video shows how forcefully the methane is blowing. Well blowout leaves oil mess in Karnes County.

HOLD THE PRESSES! There has been another blowout in Karnes County.

I have two entries for this category but do they fit under corruption? I can no longer tell.

If this is not corruption, it’s missing a good chance. Let me see if I can get this right: Corporate lobbyists give money to ALEC so ALEC can pay for ALEC legislators to have vacations and hang out with corporate lobbyists to make decisions about laws they want to pass. HB40 is an ALEC bill. Has anyone seen Phil King lately? King is chairman of ALEC.

Just go watch the video and read the story. That’s all I can say.

Why does the most profitable corporation on the planet need government subsidies and are they not made to clean up their messes?

Fossil fuels subsidised by $10m a minute, says IMF
Shocking’ revelation finds $5.3tn subsidy estimate for 2015 is greater than the total health spending of all the world’s governments.

Fossil fuel companies are benefitting from global subsidies of $5.3tn (£3.4tn) a year, equivalent to $10m a minute every day, according to a startling new estimate by the International Monetary Fund.

The IMF calls the revelation “shocking” and says the figure is an “extremely robust” estimate of the true cost of fossil fuels. The $5.3tn subsidy estimated for 2015 is greater than the total health spending of all the world’s governments.

I might have mentioned that HB40 cleared the way for LNG exports. 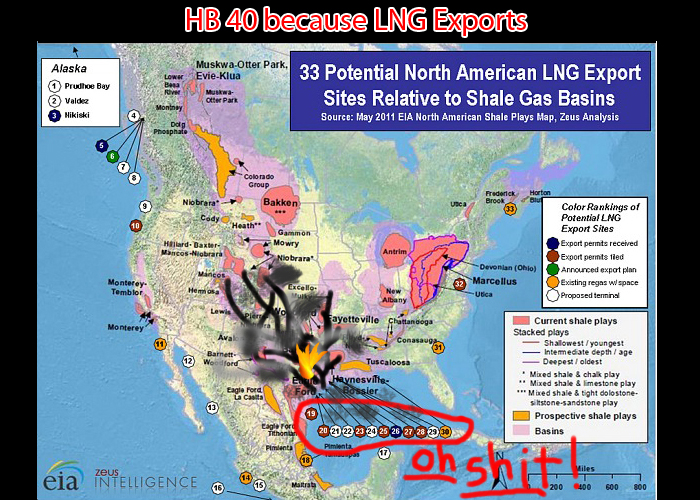 A resolution to expedite LNG exports is now headed to the governor’s office. They are serious about it.

Exporting LNG means we will get fracked way more and natural gas will be priced on the global market. Say goodbye to cheap gas. Higher prices for natural gas will make renewable energies more attractive but more fracking will threaten our water and air. Once they sign the export contracts, we will be locked into supplying natural gas for 20 to 30 years.