Big Oil and Big Gas paid Lobbyists $133.2 million last year and $44.9 million first quarter 2009, so they have plenty of money to spend seducing our Congress and the public into letting them continue with their reckless, immoral pollution. Most recently they have hyped up fear and hysteria among their employees telling them they will lose their jobs if global warming and hydraulic fracturing legislation is passed and sending company memos encouraging them to attend protests. The Heritage Foundation issued some propaganda saying cap-and-trade would cost each family $3,000, a claim declared false by a MediaMatters fact check. The same people who believe that grandma will be euthanized if every American has access to healthcare are manipulated into protesting against their best interest by this industry bullcrap which was orchestrated by the American Petroleum Institute.

Hard on the heels of the health care protests, another citizen movement seems to have sprung up, this one to oppose Washington’s attempts to tackle climate change. But behind the scenes, an industry with much at stake — Big Oil — is pulling the strings. 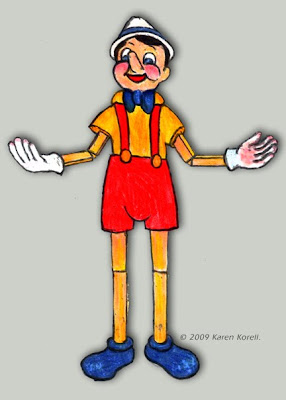 PR firm Bonner & Associates even forged some letters and sent them to Congress opposing the new climate laws. Ha ha ha! What an act of desperation.

Even the local so-called “grassroots” events are orchestrated by lobbyists.

Grist obtained a copy of API’s list of coordinators for the 21 planned rallies, and 15 of them are registered lobbyists, mostly for API or its state-level affiliates.

You can check out the list at the link above.

As Grist suggests, a name change is in order:

It’s important that we make our voices heard because the lobbyists are overwhelming Washington.