OOPS! Over at Canon-McMillanPatch.com, the Joseph Massaro edition of the Fracking Joe Camels, got confused about which sockpuppet was speaking. He posted a love letter to the fracking industry supposedly written by a Cecil Township resident named Janice Gibbs. Only he forgot to log out of his EID identity and into his sockpuppet ID so he got busted.

A sockpuppet is an online identity used for purposes of deception. The term—a reference to the manipulation of a simple hand puppet made from a sock—originally referred to a false identity assumed by a member of an internet community who spoke to, or about himself while pretending to be another person.[1] The term now includes other uses of misleading online identities, such as those created to praise, defend or support a third party or organization…

We’ve already exposed these industry trade groups like EID participating in astroturfing and setting up echo chambers, now we know they can’t keep their sockpuppets straight.

EID likes to round up all those spare socks–the ones who’ve lost their mates in the dryer–and turn them into “community voices” who will say that fracking is the greatest thing since sliced bread. One of EID’s fracking Joe Camel’s sticks their arm up the puppet’s, ah, backside and makes the puppet’s mouth move.  (Sometimes this can happen with real, live people too.)

People in Cecil Township should keep their eyes peeled for a couple of new sockpuppets dressed like locals who will serve as the EID echo chamber in that Township where there has been some resistance to fracking too close to homes.

Part of the fracking Joe Camel tactics is to vilify anyone who dares to ask questions about fracking or who dares to try to place  the safety of air, drinking water and the residents’ well-being over fracking. 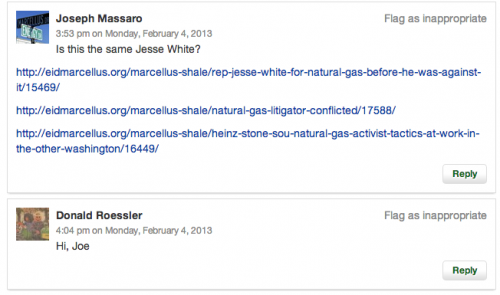 If you answer your phone, and someone says scary things, don’t worry. It’s probably one of these guys who forgot his identity and can’t remember where he is. 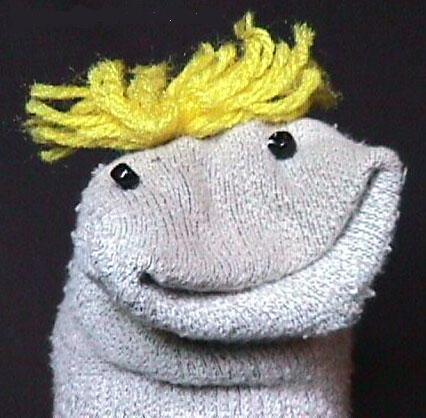 UPDATE: The comments over at Canon-McMillanPatch.com are highly entertaining. Even more entertaining is Dory’s response.