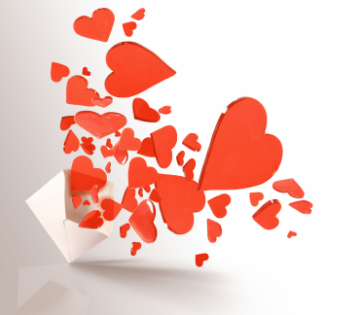 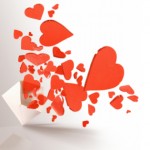 It’s not my birthday or Christmas or even close to Valentines’ Day but today I received a love letter from Monte Besler who works for a fracking company called FracN8r that operates in the Bakken Shale. As Upton Sinclair taught us, “It is difficult to get a man to understand something when his job depends on not understanding it.”  So, this post is purely for your entertainment, Dear Readers.

Better pull up you pants, you bias is showing. First of all, you totally mischaracterised my quote in the article with a pure lie. You know as well as I that I said I only recognized three of the chemicals as used in fracturing, not that I only recognized three of the chemicals. Then in true form you followed your lie about me with an insult to my character and intelligence.

Your pants seem to be all up in a wad, Monte. Is this what’s got you down? If so, you just made things a whole lot worse.

Oh, sorry. Here is what you said: “Monte Besler, a fracking consultant with the company FracN8tr, said he recognizes three chemicals from the analysis as sometimes used in frack fluids.” I guess we will just have to take your word for that, Monte, because I haven’t found where FracN8r discloses the chemicals used when you frack. But I did find where you admit to using diesel.

Monte Besler, a fracture treatment consultant with a company called FracN8r, said many companies have already eliminated diesel and use mineral or vegetable oil as the gelling agent that helps suspend sand particles in the injection fluid.

Diesel or some distillate gets used only when it’s very cold and other oils would freeze or when there’s no available alternative.

“If you didn’t have cold in North Dakota, probably no one would use diesel,” Besler said.

So, cold means it’s cool to use diesel, Monte? I guess a good slug of diesel in drinking water can help warm up those cold North Dakota nights, eh? But just a teeny bit of diesel, which contains benzene, can contaminate a bunch of water. Sometimes MTBE gets added into diesel. The Ruggieros didn’t have any MTBE in their baseline water test. After fracking they have MTBE. OOPS!

A quick review of those chemicals listed in the video would show that considering how long some have been in existance, some for around 100 years, before hydraulic fracturing started back in the 1940′s, the most common uses of most of them, and yes, even the natural sources for many of them, that not finding them in an air sample would be the anomally. To believe that those chemicals are the result of fracturing exposes your bias, lack of knowledge of the subject of fracturing chemicals, and cowardice in taking a cheap shot at me in your blog.

That’s what you guys always say—“I didn’t do it”—and you get away with it because there is no national baseline testing being conducted. But, we do have some individual baseline tests and these kinds of chemicals were not in any air samples until after fracking. Maybe you missed this: News Flash to Helms: If it’s not in the formation, it was added by someone, somewhere in the production process. I’m standing by that. The anomaly would be finding that many chemicals, some at very high concentrations, on a farm in the middle of nowhere unless there was heavy industry near.

Furthermore, the video you tout as proof of something related to fracturing, would be laughed out of court and the scientific world for lack of pertinent data like concentrations, corroborating tests from other laboratories, proof of sources, vet results for cause of death, etc. It is nothing but pure propoganda. Even my 8 year old granddaugher can do a better job of faking a crying fit than the pathetic effort in the video.

I did not “tout” the video as proof of anything. I tout the air testing as rock solid proof. Stay tuned for vet results because those do exist. Results from water testing also exist and there are some known fracking chemicals in the water. OOPS! Guess you fracked up FracN8r!

Nice that you make fun of a woman who, along with her husband, is undergoing treatment for vocal cord dysfunction.  If you click on the links you will see that some of the chemicals affect the throat and vocal cords and cause respiratory distress.

Having grown up on a farm with a huge population of farm cats and kittens, I would almost bet a steak dinner the kittens are suffering from feline dystemper. I saw the same behavior many times and it is usually fatal as well and has nothing to do with hydraulic fracturing.

You should take better care of your animals. Having worked for a vet for several years, AND having grown up on a farm, I would bet you a vegetarian dinner (I’m not about to eat any Texas or North Dakota beef laced with fracking chemicals) that feline distemper NEVER makes cattle get the wobbles. Besides, ALL the animals on this farm are under the care of a veterinarian who has done autopsies and can find no physical reason for the illness. But, hey, I’ll just let the farm owner speak here:

“a bad day for an email like this, I just held my yorkie as he died of bronchitis, I have 2 more dogs sick with this from this [fracking] air we are forced to breathe. You may want to remind this jackass that my husband and I stood in his support several years ago at the [name of function removed] here in [name of town removed] when his son was killed, many thanks to him for the comments made about my fake efforts. Too many people here value money over life and no value on the health of the community. I have thousands of vet bills, and yes I have tested for distemper and other cat disease. Just had a kitten in the vet this week with my dogs, the vet has put them on stronger antibiotics, no response, I had to go to the pharmacy yesterday and get people antibiotics.   There is nothing I won’t do to try to save an animal, this is my family.”

My sincere condolences to you, Monte, over the loss of your child. Sometimes that kind of life event helps people have more compassions and sometimes it makes them bitter. I hope you find some peace.

By the way, the only people who call it fracking with a “K” are those uninformed individuals outside the industry. Within the industry, it is hydraulic fracturing to the informed. We consider “fracking” a slang word used by idiots. Also, hydraulic fracturing is not a drilling process either. It is part of the completion performed after drilling is completed and the rig is gone, but that seldom stops the uninformed from showing their ignornance of the subject they try to claim knowledge about.

Really? See, this is exactly why we can’t trust you guys with our water—you can’t even follow a few simple grammar rules. Please see: Who put the “k” in fracking? The truth, the whole truth and nothing but the fracking truth.

I know you like to take the very narrow view of fracking but like it or not it is part of the overall process of shale oil and gas extraction. You don’t get to be like a teenager and say: She wasn’t pregnant when I got out of the backseat so I can’t be responsible.

I’m also betting you don’t have the courage to post this comment either. Since you insulted my knowledge of hydraulic fracturing, I would be happy to go toe to toe with you on your knowledge of the technology or lack thereof.

Care to put your money where your mouth is? If you knew me better, you would have known that I always post love letters from Gasholes. I only made the Hate Mail category recently so that link doesn’t catch all of them.

On the toe-to-toe challenge: yeah, go ahead and bring that.