joshuastar@thestargroup.com
The state railroad commission has been called in to investigate an illegal dump by a subcontractor for EOG Resources, an operator of gas wells outside the Joshua city limits.

A to Z Mud, Inc., the subcontractor, relocated mud from a drilling site outside the city’s southern border to “mud farm” land off State Highway 174 behind Plum Creek Elementary School.

“It was not permitted,” said Mike Peacock, city director of operations. “We have a lot of concern with where it is.”

A to Z Mud inquired about a city permit, but never returned to file a site plan and request for the permit.

“We believe it to be a felony violation of the law,” City Manager Paulette Hartman said. “If charges can be filed, we are going to be filing them.”

“We’ve had some tests done and have some concerns,” Peacock said. “We’ve shut it down and will not allow them to put anything else on the property.”

For full story, check out the May 13 edition of the Crowley Star. To receive current hometown news everyday, subscribe on this website by clicking the My Star link on the the left or by calling: 817-295-0486.

Every Mother’s Day, I take a drive around my beloved Wise County Countryside. It’s so lovely that time of year except for all the scars on the land created by drilling. Below are the most recent pictures of where drilling waste was illegally dumped in Wise County 2 years ago and still nothing grows there. 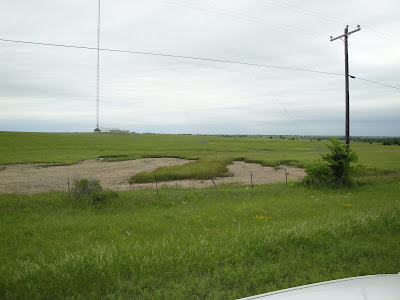 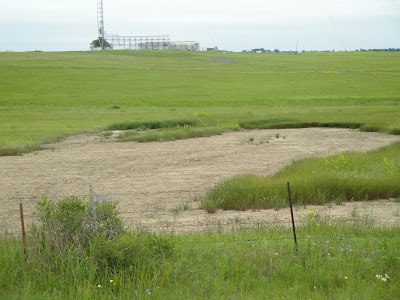 This was produced water that the industry likes to say is “saltwater, like in the ocean, you know, where your children swim and play.” This is what they want to pipe through neighborhoods.