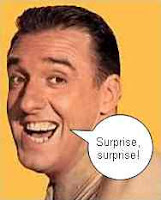 And Range Resources has been such a “good neighbor” that I’m sure there is much jubilation in the neighborhood to learn it will start all over again. Twice. At least.

Using some basic logic here, we could assume that the current well is a success or they wouldn’t be drilling more wells.

Since we can assume the well is a success, then can we also assume that Range will use a green completion and won’t need to do this? If so, that would make them a better neighbor. Right now, their “good neighbor” rating is pretty low according to the neighbors.

What’s the big deal about flaring? Find out!

Shell flares gas near Warri, in the Niger delta. Shell’s gas flaring in the country is regarded as the biggest source of carbon emissions in sub-Saharan Africa. Photograph: George Osodi/AP

Tullow Oil, the London-based oil operator, has signed contracts with the Ugandan government allowing it to flare gas with the potential to release huge volumes of greenhouse gases into the atmosphere, according to a report by non-governmental organizations.
…

The flaring of gas in Nigeria is regarded as the biggest source of CO2 emissions in sub-Saharan Africa. Shell has repeatedly failed to follow through on promises to put an end to flaring, despite court orders demanding it stop